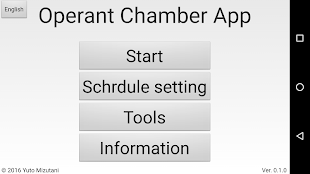 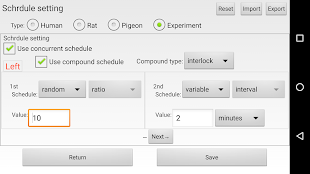 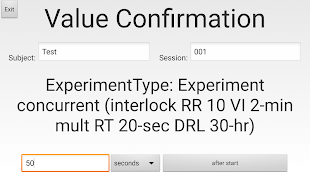 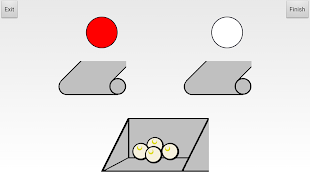 Link to application sended to your email!

This application can experience the experiment of 'Operant conditioning'.It aims to help in the understanding of the operant conditioning, you change the schedules of reinforcement and layout, by actually 'experience' it. This app is directed to the student, but it is possible to actual experimental device Android™ itself, by connecting the Arduino®※. ※... To actually use requires substantial machine spec.
This app has prepared a Trial Edition and Student Edition to the other.

List of schedule that currently operating in this app (Pro Edition) . ◎Single schedule・FR, FI, FT, VR, VI, VT, RR, EXT, DRH, DRL, DRO◎Compound schedules・alt, conj, interlock, tand, chain, mult, mix◎Concurrent schedule・conc※Change over delay (COD) and terminal-link can not be specified now version.
【Note】・Schedules of raw data do not include delay is indispensable to "Cumulative Records" function.· "Confirmed by bugs currently", "implementation will function" and "Notes" has not been translated into English.
n. b. ・The value that this app calculated can be erroneous. ・For damage or loss caused by the use of this app in scientific research, it does not take any responsibility. ・This app is not affiliated with the author of the institution. ・App development there is a case to be discontinued without notice.